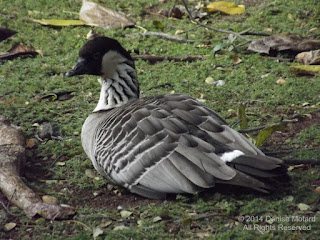 172 species of Birds found in Hawaii

On this page below you will find a partial list of birds found in Hawaii - 172 species that each have a full profile page on this website when you click on their link, with photos and some videos.

BIRDS OBSERVED IN HAWAII – Due to their geographical location in the middle of the Pacific Ocean, thousands of miles away from any land, the Hawaiian Islands have been isolated since they emerged as volcanoes from a magma hot spot a few million years ago. It is only very recently in their history that they were settled by humans.
Before their arrival, the birds that evolved in Hawaii had no predators except other birds. These birds are called ‘endemic’ to distinguish them from the ‘introduced’ species brought to the islands, first by the Hawaiians, next mainly by the Europeans.